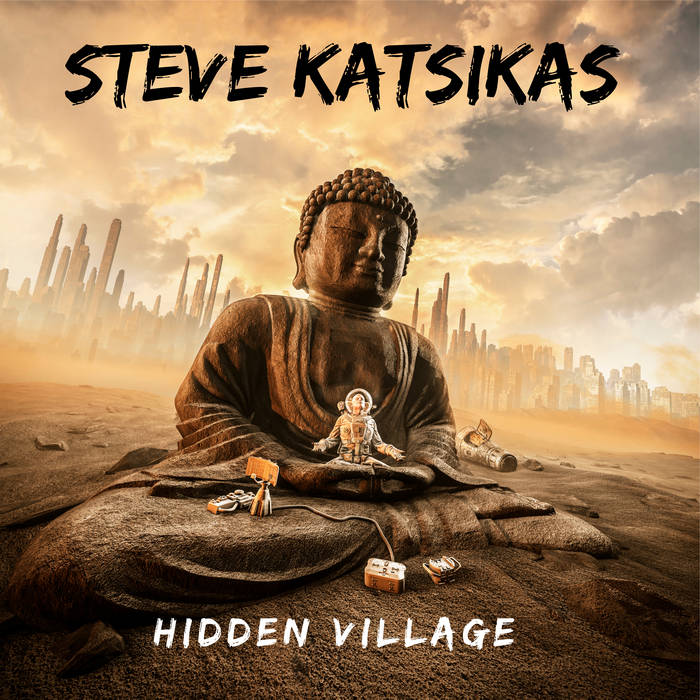 It is with a sense of humility mixed with excitement and anticipation that I thank you (in advance) for spending some of your future time with my debut solo album release. “Hidden Village” is an album that is, in some ways, a decade in the making. The name “Hidden Village” reflects the unbelievable contributions of 20 unique musicians, friends from a threaded journey that has taken me from city to city, genre to genre, band to band, and life event to life event. The “village” is the community of musicians that made this album possible. This album was hard to make for many reasons…most centrally because of the recent and tragic loss of my friend, confidante, and musical brother, Roy Strattman, whose amazing guitar work flows across this album. It remains a hard thing to hear his passion-infused tracks frame and support the songs, but it also is a way to spend time with him and honor his musical gifts. Grief is mixed with love and gratitude. My Little Atlas family, Rik Bigai, Mark Whobrey, and Diego Pocovi are also interwoven throughout many of the songs presented in this album. Some tracks were tunes that just didn’t quite fit that group, but our long history together created a sense of comfort and confidence that perfectly led to their contributions. My musical brothers from Dark Side of the Wall, Allen Needham and Karsten Nelson, added their amazing touches as did my good friend and groovemaster, Justin Shaw, lending the project his smooth and powerful drums across two of the tracks. My Grackle family jumped in (flew in?) to assist as well including Jeff Gard on Drums and our amazing string section: Myra Kean on violin and Travis Carlisle on Cello. Jeff Hodges, producer extraordinaire, lent his production and keyboard talents to the close-out song, and his unique approach seemed a perfect way to end the album. Other musicians, far and close added their substantial touches to the “village” to help create this special project and include Allie Summers (violin and cello), Luis Nasser (bass), Eric Sands (guitar and bass), Gary Swiontek (bass), Dan Katsikas (Drums), John Lieto (trombone), and Kirk Whitehouse (bass) . In setting this album free, I know that I ask much of the listener, as the songs span a jarringly wide range of styles and feels. It was never intended to be a “cohesive” album in the sense that all the songs “live together” but don’t “interact”. My decision to include two covers was a deliberate nod to my musical heroes and felt like they belonged with the songs that they inspired. I am grateful as well to the mastering talents of Shelley Anderson, who wrangled the tunes into a flow and sonic character that allows such a wide range of songs to have the sonic clarity and consistency that only happens with the benefit of a great mastering engineer. Please enjoy the music, share it with friends, and enjoy the unique contributions that each musician provided to give each song its own life. Welcome to the village.
Musically yours,
Steve

Bandcamp Daily  your guide to the world of Bandcamp